How Can Multicultural Marketing Benefit Your Business?

Humanity is constantly growing, changing and relocating as a result of globalization. Small, mid-size business owners, and even big corporations, are challenged to strategize according to a fast pace economy and cultural diversity. If you look around I bet you will find a multicultural background of people surrounding you, either at your work, the park, the mall or pretty much everywhere you go. People’s character, personalities, tastes, preferences and behaviors are completely different and of course they will differ more when they have a different culture. Our relationships with others are based on a variety of approaches. We approach different people differently according to our level of trust, who they are, how we know them and of course where they are from and what their cultural beliefs are.

The same happens in business relationships, culture is a key component for a successful communication, and interaction. Sometimes, even though when we think we are speaking the same language, we might not and many obstacles can raise along the way. Businesses which can truly connect with their suppliers or customers have already a competitive advantage and a point of differentiation over their competition.

Learning about your customers is key for success in your business. It does not matter where they are from, we need to truly understand their beliefs system, their buying behavior, preferences, likes, dislikes and current challenges. This of course can be challenging, but there are many ways in which we can discover them and truly connect with others. If we connect from our inner self we can automatically see how our interactions become much smoother and easier with others, especially with those who might have a different cultural background than ours.

The key words to me when it comes to connect with others are “Honesty” and “Transparency.” When you show the world who you truly are as a human and connect on a personal level with them and their needs, you are automatically showing them you are as vulnerable as they are, which automatically allow them to decide whether they resonate with you or not. Truly get to know those who surround you and those who you would like to be surrounded by and do business with. I believe great opportunities come from those relationships which you can really cultivate, offer a real value to their businesses and offer unconditional trust.

Multicultural marketing is based on strategies directed to specific audience demographics with the purpose of utilizing a cultural strategy which will truly connect on a personal, emotional and business levels with your potential customers and generate business opportunities.

If you would like to know more about how you could implement Multicultural Marketing in your business, then contact us for an expert consultation.

50 Compelling Things to Post to Your LinkedIn Activity Feed

LinkedIn is a bit different from Facebook or Instagram in that it’s focused more on businesses. But even the biggest business can sometimes be at a loss of what to post on their activity feed. Here are 50 ideas that can inspire you to post… Use fill-in-the-blank posts (e.g. “If I had 1 million followers I would _________”) to get followers to comment. Take a beautiful photograph and add an inspiring quote. Share YouTube videos 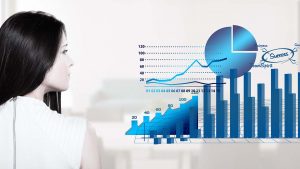 According to the US Census Bureau the Hispanic population was about 57.5 million as of July 1, 2016, making people of Hispanic origin the nation’s largest ethnic or racial minority. Hispanics constituted 17.8 percent of the nation’s total population with a 2.0% percentage growth in the Hispanic population between 2015 and 2016. Furthermore, the number of Hispanic-owned firms have increased placing California on the first place with 68,563 Hispanic business owners, followed by Florida with 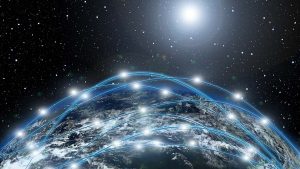 LinkedIn is a wonderful tool for multicultural and international business development. The growing Hispanic community can leverage its strengths and talents through the use of LinkedIn Sales Navigator. Whether you are looking to do business internationally, within the US, or if you are a Hispanic business owner willing to do business with other cultures within your own country or in the USA, LinkedIn is a great platform to expand your network, cultivate lasting relationships. There